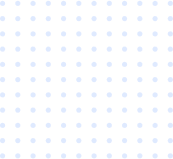 There’s more than one reason Australia has been seeing rapid growth in incoming international students over the years. The country is proud to call itself the home of several of the world’s best universities. And these universities, in turn, call some of the best student cities in the world their home too! In fact, according to QS Top Universities 2022, seven Australian cities rank within the top 100 best student cities in the world. Across a range of metrics, including student mix, affordability, and employer activity, these places shine as the best cities in Australia – and the world – for students. Let’s take a closer look at the top cities in Australia for international students!

Best Cities in Australia to Live in for International Students

With an impressive #6 placement on QS Top Universities’ round-up of best student cities, Melbourne has a lot going for it. For starters, it scores a full 100 for student mix! International students are going to be right at home in this bustling metropolitan city with its rich multicultural identity.

Alongside the University of Melbourne, the city also prides itself on its six other globally-ranking universities:

Alongside all these brilliant institutions putting Australia on the academic map, Melbourne is also plenty attractive as a place to live. Often dubbed the culture capital of Australia, Melbourne is a city alive with self-expression, be it through the arts, sporting events, or even its appetite for good food. As an international student, you won’t have to worry about missing your local dishes here, in the country’s culinary capital. You’ll also be able to catch global and local acts live in this entertainment and lifestyle hub. From live productions of Moulin Rouge and Frozen the Musical, down to comedy nights and buskers serenading the lively streets, there’s plenty to see and do in Melbourne.

Melbourne cycles through all the available weather settings, so you’ll be in for some hot summers, cloudy days, heavy rainfall, mild breezy days, and cool winters. Curled around Port Phillip, Melbourne thrives amidst rivers and creeks, valleys and hills, and gorgeous beaches.

Close behind Melbourne on the list of best student cities across the globe is Sydney. At #8 on QS Top Universities’ Best Student Cities 2022 list, the iconic Sydney Opera House you’ve no doubt seen in countless pictures is nowhere near the only fantastic thing about this city.

The University of Sydney, one of Australia’s top 3 institutions, is the country’s oldest university. 110 Rhodes Scholars, as well as five Nobel Laureates, fall among the institute’s alumni. As well as being one of Australia’s six sandstone universities, and a Group of Eight member, USYD holds the #4 spot in QS Graduate Employability Rankings 2022.

Being the nation’s economic epicentre, with a near 90% for employer activity, studying in Sydney equips international students with industry-ready skills and priceless experience.

Sydney also gets a near-perfect score for student mix. As an international student, you’ll get to experience navigating and settling in among a huge, multicultural community. And that’s saying something, given the fact that Sydney is the most populated city in Australia! The city frequently ranks among the best places in the world to live, too. The lovely weather makes it all the more easy to appreciate its gorgeous natural attractions, be it strolling through the Royal Botanical Gardens, surfing at Bondi Beach, or hiking up the America Bay Track.

Co-existing in perfect equilibrium with nature are the modern metropolitan aspects of city-living. You’ll never be at a loss for things to do. The world-famous Sydney Festival of the arts, for example, is one of many art and culture festivals livening things up all year round.

Brisbane is rapidly rising up the ranks as a student city. Currently in the top 30 of QS Top Universities’ Best Cities 2022, its breathtaking outdoor-scapes, thriving economy, and warm, inviting climate make it an attractive destination for tourists and students alike. For the latter group, Brisbane is especially appealing as the city is home to three world-class universities. This includes another of Australia’s six sandstone universities and one of the Group of Eight members – the University of Queensland. 117 Rhodes scholars and a Nobel Laureate call this university their alma mater. With a strong focus on research and teaching quality, the University of Queensland has been the recipient of Australian Awards for University Teaching (AAUT) more often than any other university in the country.

Take a look at Brisbane’s best universities below:

One of the biggest pulls of Brisbane for international students is its affordability. The city checks off several of the boxes that make Melbourne and Sydney attractive to students too. Brisbane has an impressive score for student mix, with increasing employer activity for promising work opportunities, beautiful natural attractions, and urban cityscapes. All this comes at a more affordable price tag than major Australian cities, making it a win-win situation for international students!

Close to both the Gold Coast and Sunshine Coasts, Brisbane is ideal if you’re eager to explore the gems of nature Australia has to offer. From sandy beaches and river cruises to spending an afternoon chilling with the koalas or soaking in some contemporary art at the Queensland Gallery of Modern Art, you’ll never be short of items on your to-do lists.

Another contender for students looking to get the Australian experience on more of a budget, Adelaide might be the place for you. With a population of just over a million, Adelaide has its fair share of beaches and mountain trails to give you a taste of the fantastic outdoor opportunities living in Australia creates. Importantly, the city is also home to three globally ranking universities. The University of Adelaide, in particular, counts among its alumni three Nobel Laureates and 110 Rhodes Scholars and is another of the sandstone universities.

Adelaide is also an incredibly multicultural city, the perfect destination for students looking for something a little dialed back compared to 100% city living. With its sunny climate, laid-back way of life, and the right balance of modern infrastructure and beautiful natural attractions, Adelaide has something to offer for everyone, from art galleries and zoos to shopping districts and exciting nightlife.

Perth regularly receives the nickname of being one of the world’s most livable cities, and for good reason. Several of the top cities in Australia promise beaches, mountain trails, and lush greenery. Students in Perth, though, will swear the city’s breathtaking slices of nature are in a league of their own. What they’ll also tell you is that Perth is home to some incredible universities, too.

Holding a spot in the top 100 of the best universities in the world, according to QS Top Universities and US News, the University of Western Australia is the sixth oldest university in the country. And as you can probably tell with the trend among the sandstone universities, it has ample accomplishments to its name, including two Nobel Prize winners among its alumni, and 106 Rhodes Scholars. The university is also a member of the Group of Eight institutes and continues to distinguish itself with its cutting-edge education and research.

Considering studying in Perth? Take a look at its world-renowned universities:

Perth is the perfect midway point for students looking for something in between huge metropolitan cities like Melbourne and large country towns like Adelaide.

The capital city of Australia, Canberra has much to be proud of. Among these is being home to one of the country’s best universities. In fact, according to QS World University Rankings 2022, it is home to the best university in Australia, the Australian National University. With a coveted top 30 spot putting it in the leagues of some of the biggest and best universities in the world, this Group of Eight member is younger than several of the institutes highlighted in this list. This doesn’t keep the university from being any less impressive, though. Considered one of the world’s best research institutions, six Nobel Laureates and 49 Rhodes Scholars call this university their alma mater.

Canberra is a little different from the other cities on this list. Nonetheless, it's attractive to local and international students alike. One of the factors behind this is definitely its comparative affordability. This, coupled with having two of the best universities in Australia, already puts it under the spotlight for foreign students. The city has a considerably high score for student mix, giving you the multicultural experience that’s one of the biggest selling points for students travelling far from home. This is a much smaller city too, with less than 500,000 people, compared to the other options you’ve seen here. Canberra might be the right spot for you if you’re looking for a more suburban student city – a quieter, more relaxed study abroad experience.

Don’t write off the Gold Coast because of its position on this list. The city scores a full 100 in Student View on QS Top Universities’ Best Student Cities 2022! Students love it here, and with a spot in the top 100 best student cities in the world, it’s definitely worthy of consideration among the best cities in Australia to live in. Another big plus? You guessed it – the Gold Coast also has some great universities!

Now, you may be noticing a familiar name on that list. Yes – Griffith University does appear twice in this article. The university has campuses in both Brisbane and the Gold Coast!

The Gold Coast offers everything you might hope to find in one of the top cities in Australia. As the name suggests, golden beaches are among them! Lush forests, national parks, galleries, shopping centres, diverse culinary experiences, and much more promise to make your stay here a memorable and enjoyable one. With a diverse, multicultural community, and as the most affordable of the top cities in Australia, it’s not surprising the Gold Coast is such a well-loved student destination!

Concluding Thoughts on the Top 7 Cities in Australia

There’s plenty to say for each one of the top cities in Australia for international students. Each city is home to prestigious universities, so you’ll know you’re in the right hands no matter where you decide to go. From unique natural landmarks you won’t find anywhere else, endless cultural and outdoor activities to try out, and the melting pot cultures as a huge plus in each city, there’s something for everyone in the Land of Oz.

What are the best cities in Australia to live in as an international student?

What is the most populated city in Australia?

That would be Sydney. The largest city in Australia by population, it’s home to over 5 million people.

What are the largest Australian cities by population?

In descending order (from largest to smallest), below are the largest Australian cities by population:

Best Universities for Accounting and Finance in Australia

Job Opportunities for International Students in the UK

Scholarships to Study Abroad by the Indian Government

What’s the Difference Between MBA and MSc?